Wrap your head around it: More than food or exercise, your mindset is the #1 reason you fail or succeed with weight loss.

I’ve got your back. Study after study has proven that weight loss increases and is more permanent when you have a support system in place–the Hot Melt Club is all about community.

It’s about a custom plan that works for YOU. One size doesn’t fit all. My goal is to help you dial in your Hot Melt plan to fit your exact needs–not mine, not everyone else’s–YOURS.

I’ve done that a few times–more times than I’d like to admit. I call it the Carousel of Crazy–going round and round, up and down and getting nowhere.

And worse, it’s hard on your body.

You mess up your metabolism when you’re on the Carousel of Crazy and you end up with inflammation, the beginning of a chronic condition (if you’re not already there) and broken dreams.

And your self-esteem is in the toilet.

I want to help you flip that switch.

In a BIG way–to give you an opportunity to change all of it–to join an incredible community of vibrant women who are not only getting the results they’re wanting on the scale, but they’re getting lifestyle upgrades like crazy–less pain in their joints (some have reported no pain!), better digestion, better skin and finally, control back in their lives.

And the control to be the captain of their own ships.

As a nutritionist for over 25 years, I’ve seen it all–every food trend to ever come across my desk. I’ve dismissed so much of it because of the lack of science to back it up.

And I did that with the keto diet initially.

Even though the keto diet has an impressive medical beginning and has been around since the 1920’s, the truth is the way most keto diets are done nowadays, they’re inflammatory–and after awhile, they just stop working.

I know this–I’ve heard from many women about their failed keto diets. I’ve heard their tales of woe–how it started out great but then it stalled out and they just couldn’t get the weight loss to kick back in.

And after years of working on the Hot Melt Diet, I feel like I’ve cracked the code on what works to keep the needle moving in the right direction, what tastes great and is nutrient dense at the same time, so all the boxes are checked.

I’ve helped more than a few women get back on track to losing weight and feeling great with the Hot Melt Diet and today, I want to introduce you to the next level up, The Hot Melt Club.

So get ready–because soon you’ll be rocking your skinny jeans and maybe even (gasp) putting on an actual bathing suit when you go to the pool or the beach!

And let me be 100% clear–the Hot Melt Club is for those who are committed to changing their lives. This isn’t for those who are looking for a quick fix–this is a program and a community of women who are dedicated to getting off the Carousel of Crazy and want “this time” to really and truly be the last time they ever have to lose weight again.

This is a group for women who are hungry to learn about themselves, their bodies and want to live a life of vibrancy–that’s what the Hot Melt Club is all about.

Yes it’s about weight loss and maintaining that weight loss (and boy, are the results spectacular!), but it more than that–it’s about going deeper and finding your own True North and waking up to the very best version of yourself.

Here’s what you can expect when you join us.

You get an appointment with ME! That’s right, one on one–we meet face to face on Zoom for a 20 minute assessment. I’ll help you dial things in and get your Hot Melt game ON! (Psst, but this is only for ANNUAL members.)

You get all of our keto-friendly Hot Melt recipes in an online custom menu planner that makes staying on plan and shopping a breeze.

Each week you’ll be invited to a members-only masterclass + live Q&A with Leanne.

You get exclusive deals and coupons on our all our supplements–and the first to know about new products–at a special, only-for-you VIP deal of course.

You will have your own private, exclusive Facebook group with support and encouragement from me of course and all the members. Small, intimate and empowering.

Take Back Your Life

So…how does this all work together?

Start with the Hot Melt Sprint. The HMS will get your Melt on! You start with a clearing of the decks. Inflammation is the biggest enemy to getting your body in melt mode–aka, fat loss!

During this phase we rotate through some great menus and work on further building healthy habits while learning exactly what your body needs.

In the last few weeks we take what we’ve learned and formulate a sustainable lifestyle plan for you to continue living fabulously.

And all throughout, there’s coaching, teaching and community–on a whole new level!

Here’s what our Hot Melters have to say: 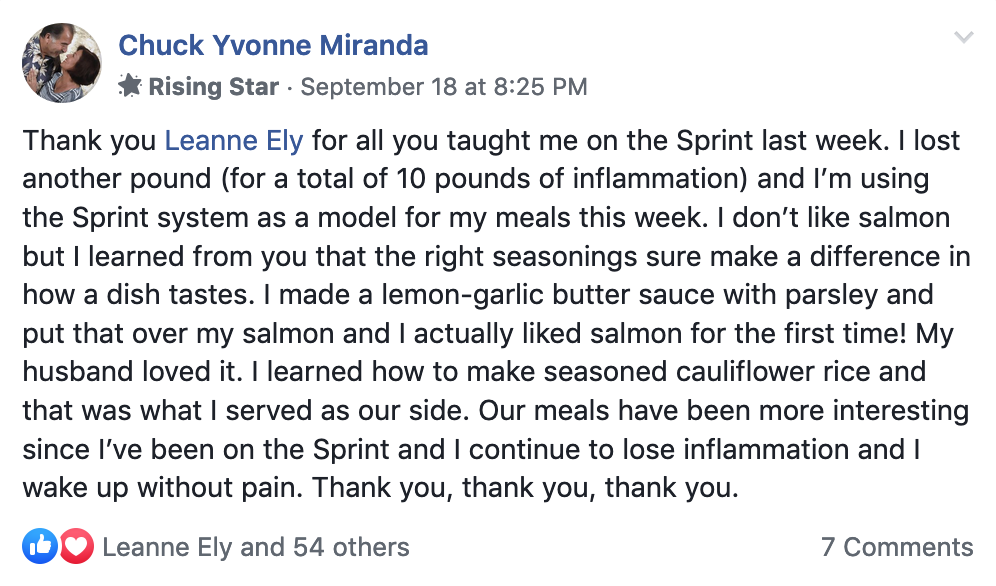 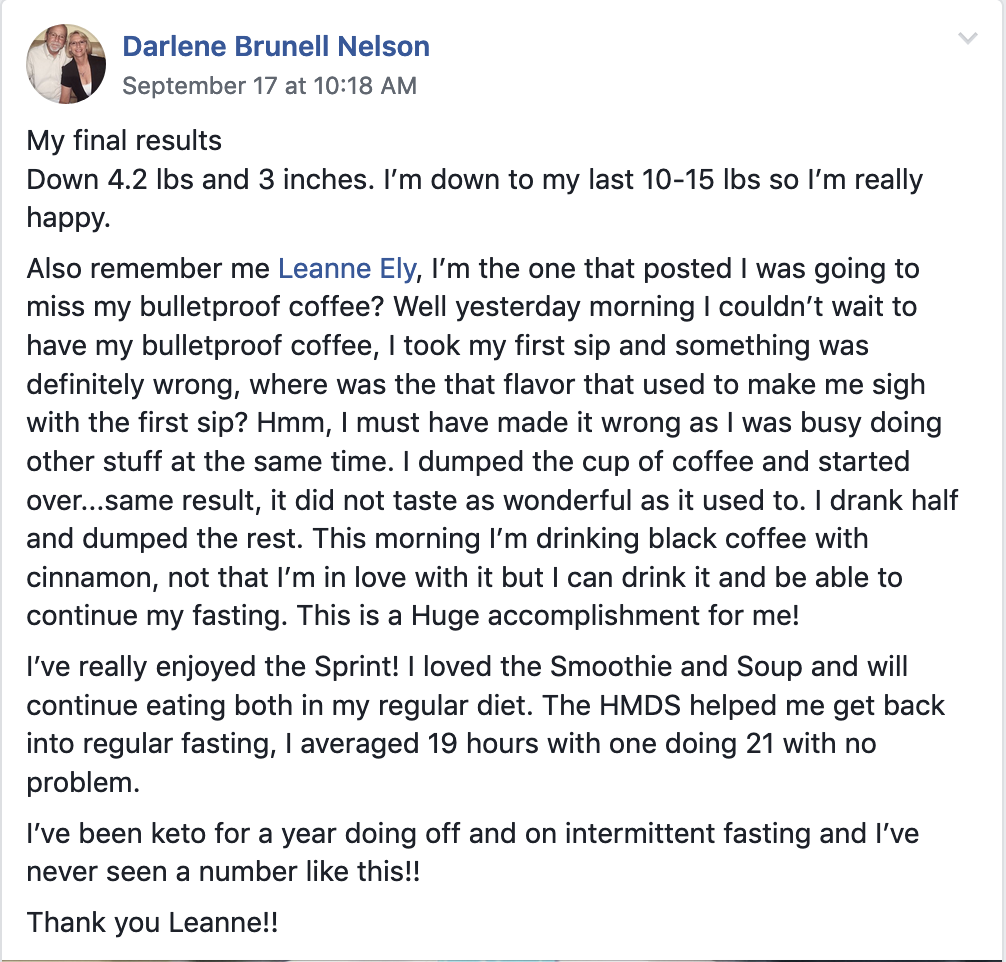 You get access to the Hot Melt Recipes inside our custom menu planning tool to make planning and shopping easier.  You also get personal support via our VIP group and a discount on core Hot Melt supplements. To thank you for being a part of our Hot Melt community, please contact customer support for a special discount code to take $50 off the first year of your annual Hot Melt Club membership.

What’s the difference between TBYB and Hot Melt Club and which one should I join?

Not sure which one is best for your goals?  Just shoot us an email at [email protected] and tell us your goals and we’re happy to point you in the right direction.  Of course, you should always discuss all potential diets and dietary changes with your healthcare team.

Please note that the doors to TBYB will not be open again until January 2020.

Is there a payment plan available?

Yes!  We offer a payment plan of $77 every 3 months.  You can sign up for it by clicking here.

What if I have questions that aren't answered here?

We’re happy to help answer those questions for you.  You can contact our customer support team and they will either be able to answer the question for you or put you in contact with Leanne herself to get an answer.